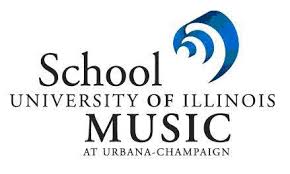 U of I Sesquicentennial Celebration Concert at Lincoln Center

As part of the University's Sesquicentennial celebrations, the Wind Symphony and Chamber Singers will be performing at Alice Tully Hall as part of a three-city tour. A reception will follow the concert and feature a performance by The Other Guys!

To mark a historical milestone in our alma mater’s history, a special Sesquicentennial concert tour is in the midst of visiting Chicago, New York, and Champaign-Urbana. The University of Illinois Wind Symphony and Chamber Singers will be joined by soloists Todd Payne and Yvonne Redman for the debut of a newly commissioned work titled Gathering. This new work was composed by Dominick DiOrio of the Indiana University Jacobs School of Music, and the libretto was written by prize-winning author and U of I alumnus and Professor Emeritus, Richard Powers. Mr. Powers has assembled a text that blends speeches and writings by a trio of Illinois alumni: Pulitzer Prize-winning poet Mark Van Doren (B.A., 1914), Nobel laureate in Physiology/Medicine Rosalyn Yalow (Ph.D., 1945), and pioneering architect and engineer Fazlur Khan (Ph.D., 1955).

through an impressive variety of choral music:

The New York concert will be held at Lincoln Center’s Alice Tully Hall at Broadway and 65th Street.

Following the concert will be a dessert reception in the lobby of the Hall, with a cash bar.

In keeping with the evening’s theme of vocal music, the reception will feature a performance by The Other Guys.

Lincoln Center for the Performing Arts

Official Member of the University of Illinois Alumni Network